Our Saviour's Church in Copenhagen 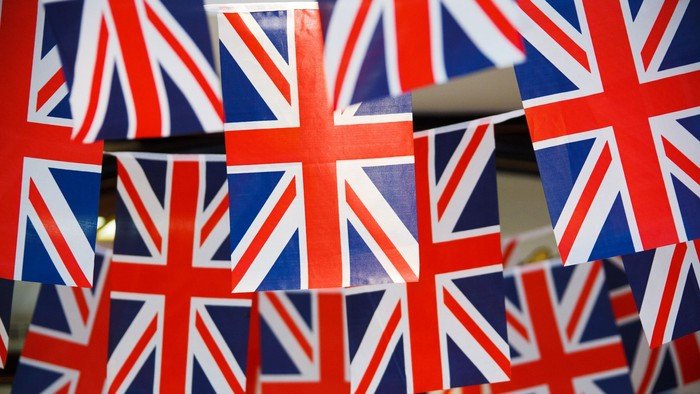 This large baroque church in the Christianshavn district of Copenhagen is one of Denmark's major tourist attractions. With its twisted spire, the church is a national treasure, but also a living parish church for about 8000 people.

Buildings from the baroque period are rather rare in Denmark. When, in 1660, following long and bloody wars, Denmark lost the southern part of what is now Sweden, King Frederik III introduced an hereditary absolute monarchy and it was his son, Christian V, the first to be born as an absolute monarch, who was to cement absolutism through an impressive building style. Our Saviour's Church (Vor Frelsers Kirke) was his greatest work and his monogram is to be seen in many parts of the church. Since he also made the Order of the Elephant into the most prominent of the Danish orders, the elephant decoration is also to be found in the church, both in the stucco work and on the organ plinth.

The architecture of the church

The church was built in the 1680s and consecrated on 19th April 1696. It took 14 years to build and since the whole area consists of filled-in sea bed, the construction of the church foundations took a long time.

The Palladian-Netherlandic style used by the court builder, Lambert van Haven, is a solemn, baroque, order. Red brick on a sound granite foundation with sandstone cornices below the roof - a real Templum Salvatoris (Saviour's Temple) where everything has its correct placing. The ground plan is a Greek equal-sided cross with corner chapels. Not a part of van Haven's plans, the artful tower was added 50 years later, and can distract from the seriousness and ambition that was part of the architecture of the building itself.

By Danish standards, the dimensions of the church are enormous. The height to the ceiling rafters is 36 metres. The walls and four pillars are based on boulders buried in ditches that go down to Copenhagen's limestone bed. The present renovation of the floor (until 13 September 2009) will lay a floor foundation right down to the same level.

Trained in Rome, the Swedish architect Nicodemus Tessin was the son of the great Swedish baroque architect, whose name he bore. The son was to complete the work on Stockholm Castle and Drottningholm Castle, started by his father. Tessin was able to have a design for the church altar approved by Christian V, but the time-consuming foundation work required for the heavy marble altar plus the general problems between Sweden and Denmark in the early 18th century delayed the installation of the altar until 1732.

Tessin's altar bears witness to the Roman influence. The frame surrounding the violent and dramatic scene consists of a broken temple gable, a complete copy of Borromini's façade on San Carlo church in Rome. So the Roman Catholic Borromini inspired both the altar and the tower in the utterly Lutheran Our Saviour's Church in Copenhagen.

The central figures on the altar show the scene as Jesus prays in the garden of Gethsemane on Holy Thursday evening. His friends and disciples have fallen asleep following a fine meal with good wine while Jesus prays to God: ‘let this cup pass from me'

Jesus knows that he will be taken prisoner, tortured and put to a painful death on a cross. But his human nature seeks to avoid his fate. God answers him in two ways: an angel comes down from heaven bearing the bitter chalice. He has to fulfil his bitter fate. But another angel comes from the left to support him - a guardian angel.

The magnificent façade of the organ case on the west wall of the church is one of the most photographed music instruments in the world. The three-storey organ case contains a wonderful instrument built by the Botzen brothers in 1696-98. An organ is both a visible and an audible work of craftsmanship. The organ in Our Saviour's Church is almost a visual expression of the audible. One expects a great and elegant sound from this impressive instrument. And that is what one gets, for all the visible pipes in the organ façade are contemporary with the construction of the organ.

It is thus a ‘Stradivarius of organs' - when the principal organ pipes are sounded, it is the sound of 1698 one hears. These pipes are the oldest in Copenhagen and it is a miracle that they have survived for three centuries. The great fires that ravaged the city in the 18th century did not reach Christianshavn, neither was the district hit by the British bombardment of 1807. The British fleet used the spire as a sighting point but without damaging the church or the organ.

The organ was restored in 1965 by the organ builder Poul-Gerhard Andersen, who made the old pipes sound again. Before this, the pipes had been silent since 1889 and served only as decoration. Now the old pipes - made and tuned when Johan Sebastian Bach was young - can be heard again at all services and concerts in Our Saviour's Church.

The tower of Our Saviour's Church

The spire of the church was consecrated in 1752, more than 50 years after the building of the church had been completed. After more than 250 years as an internationally noted landmark of Copenhagen, the tower and spire now stand in all their splendour following the last great restoration in the 1990s. The city has grown in the meantime, but the view from the tower of Our Saviour's is still the best in town - and the most frightening. It has always been regarded as somewhat of a manhood test to climb up and touch the globe on the summit. That the whole spire is built of oak which can shake a little in a strong wind, adds to the sinking feeling as one stands at the top. The tower on Copenhagen Town Hall is 14 metres taller. The tallest church tower in Denmark on Århus Cathedral is three metres taller but no tower in Denmark can match the beauty of Our Saviour's tower as the evening sun shines on the gilding ‘like a tongue of fire' (Thurah's Vitruvius III)

The architect Lauritz de Thurah (1706-1759) designed the spire, his greatest work, and had it approved and paid for by Christian VI. He was inspired by the university chapel of St'Ivo alla Sapienza in Rome where Borromini's baroque tower also has an external spiral form. While Borromini built in sandstone, de Thurah used oak, making it possible to achieve the great height of the spire.

The spire consists of an external staircase with four twists, starting from the gallery and continuing all the way up. On the way towards the top, the visitor is protected by a gilded iron grating. At the top is a gilded globe from which the gilded figure of Christ with banner looks out over the city.

The dimensions of the spire are considerable. It is 90 metres from the ground to Christ's banner and there are 400 steps to be climbed, of which, the last 150 wind around the outside of the spire. The globe at the top can contain 12 grown men and is 2.5 metres in diameter, the Christ figure is three metres tall.

A persistent story says that de Thurah committed suicide by jumping from the tower, supposedly because the spire, against King Frederik V's wishes, twisted to the right. This story is untrue, de Thurah died at home in his bed seven years after the consecration of the church, penniless but also respected by his contemporaries. As for Frederik V, he was well satisfied with this new landmark in his city and for shipping. The steps wind to the right as they should if the tower is to be defended with the right hand while the left hand rests on the railing.

Visits to the tower may require prior booking at Billetto.dk during busy hours

The carillon in Our Saviour's Church is famous. Both because the church is visited annually by more tourists than any other in Copenhagen, but also because the carillon was the first in Scandinavia in modern times. It was the organist P. S. Rung-Keller (1879-1966) who was inspired in the 1920s by the idea that the unique spire should be equipped with the world's largest musical instrument: a carillon. Copenhagen's most recent carillon, in Vor Frue Church (the Church of Our Lady - the present cathedral of Copenhagen), had collapsed during the British bombardment of Copenhagen in September 1807. At the beginning of the 20th century, the only remaining carillon was in Frederiksborg Castle.

With donations from local citizens and from the Carlsberg Foundation, a 33-bell carillon was installed from 1928 to 1933 in the lantern of the spire; this was later enlarged to 48 bells. The six largest bells hang in the bell stock together with the swinging bells behind the shutters beneath the clock faces. The carillon keyboard, from which the carillonist plays the instrument, is in the gallery just above the clock faces while the remaining 42 bells hang in the open lantern above.

The carillon was restored in 1981 and is well-renowned for its finely tuned bells and its excellent mechanism from the bell foundry of Petit & Fritsen.